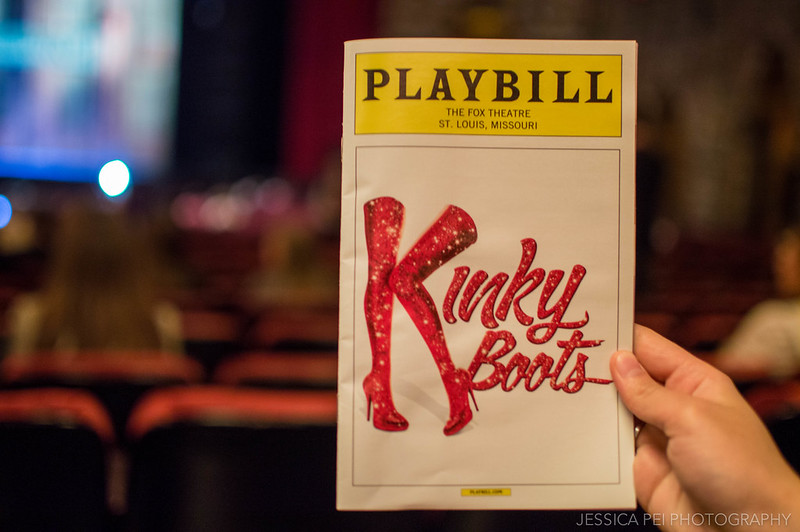 Last Thursday, I watched what was perhaps my last show at the Fabulous Fox Theatre as this school year is coming to a close: Kinky Boots! The theatre itself is such “an ostentatiously glorious” entertainment venue that I can’t help but feel excited/fancy/giddy/awestruck whenever I step inside. The following series of photos may show why…

The theatre was lavish with Moorish, Far Eastern, Egyptian, Babylonian, and Indian cultural decorations. Originally, the theatre was filled with paintings, sculptures, and furnishings that Fox’s wife gathered from her travels around the world. 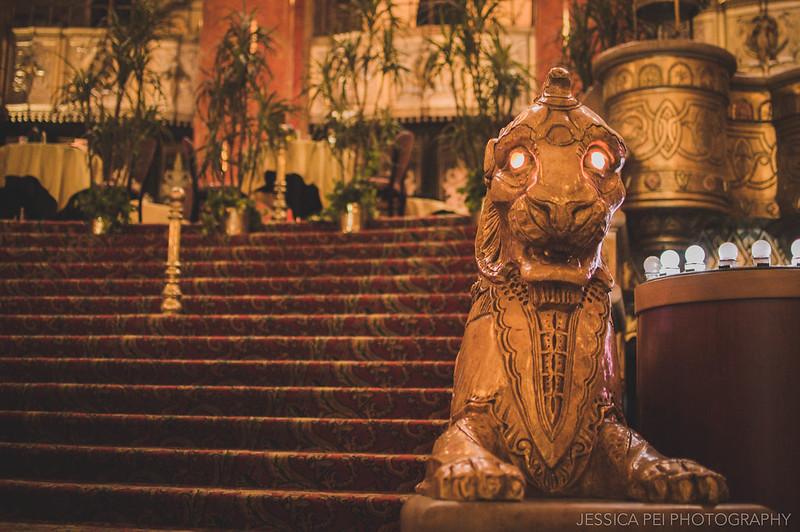 Going up these stairs led people to a fancy dining area (pictured below). VIP only. Some day… 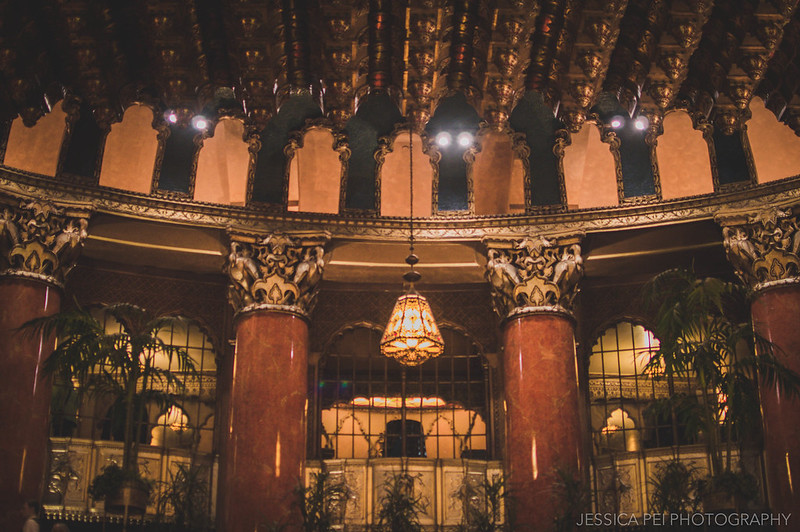 The sheer number of details that went into this building was mind-boggling. It seemed like every inch of the building was decorated. 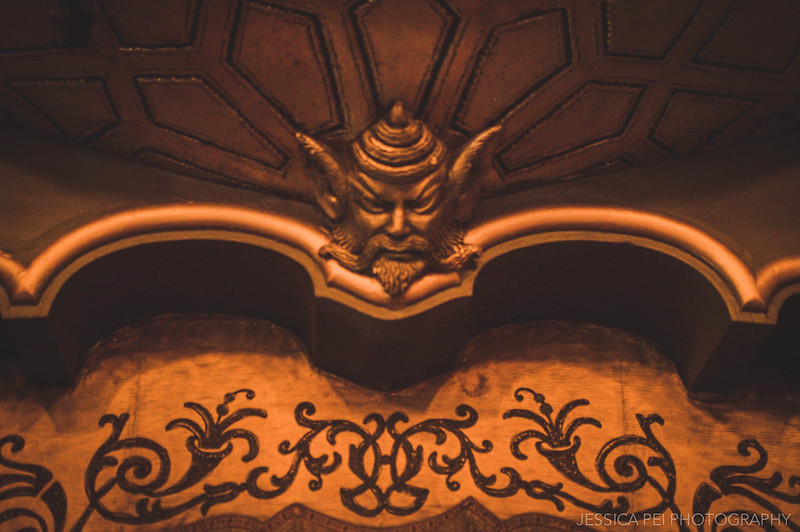 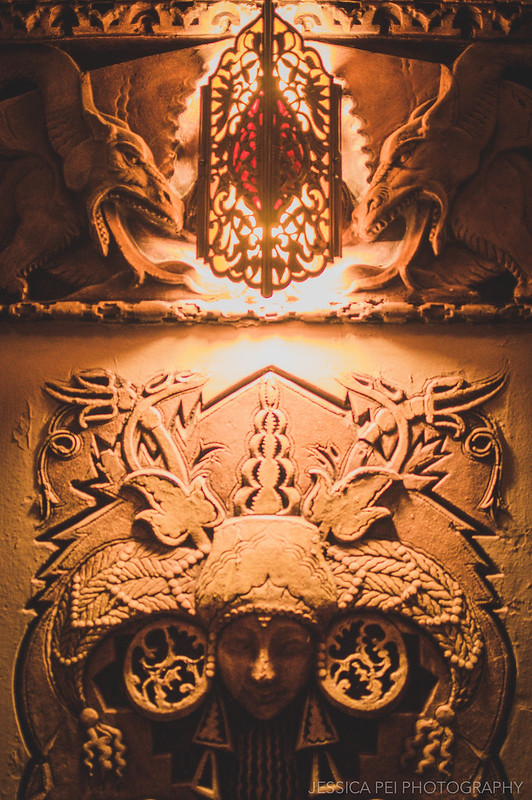 The place was fancy even down to the ladies’ room. Was it weird that I took photos in a bathroom? Probably. But I did all this for you, wonderful readers! 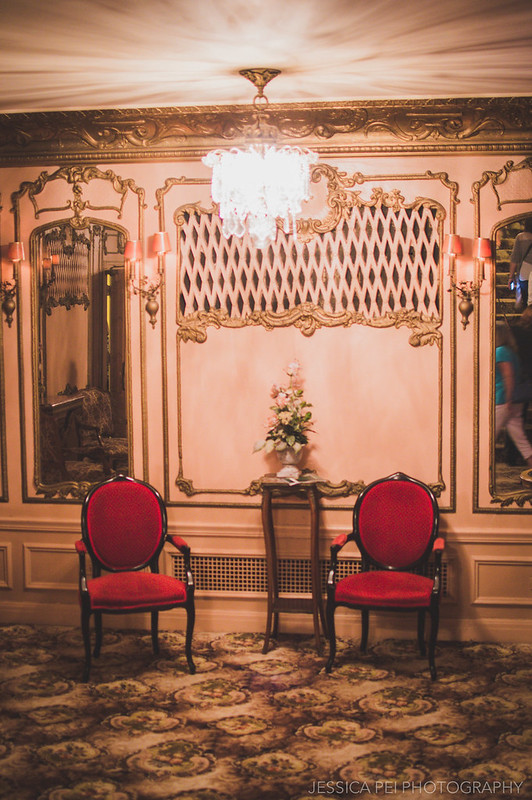 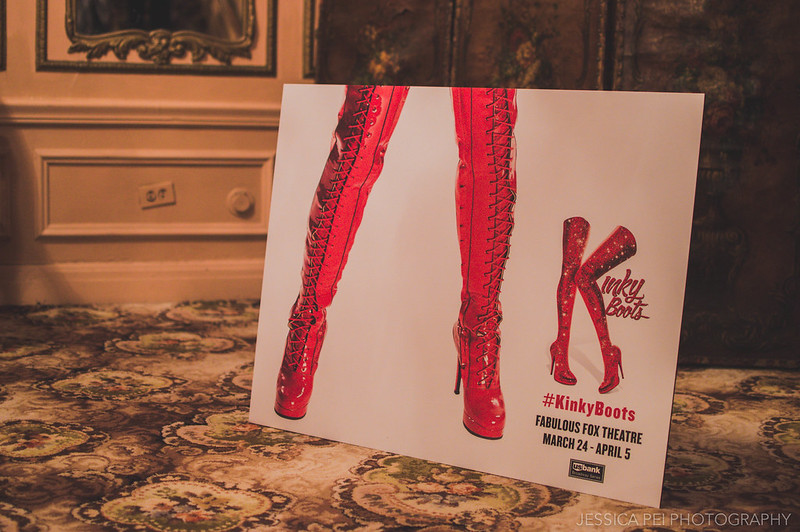 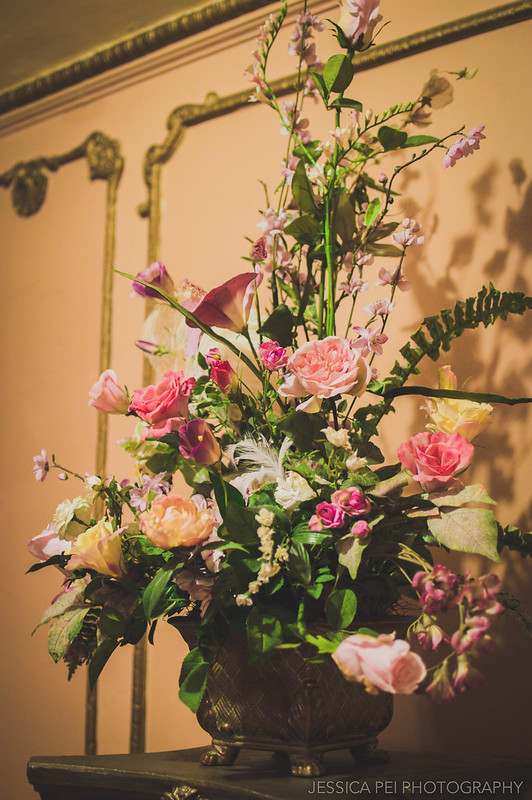 There were old-fashioned phone/calling booths down there as well, but my fixed lens couldn’t capture its entirety. But it was cool seeing this feature that dated the theatre to its opening in 1929. Of course the phones are now gone, but if you ever needed to make a phone call on your own device, there ya go.

Now time to enter the auditorium itself… 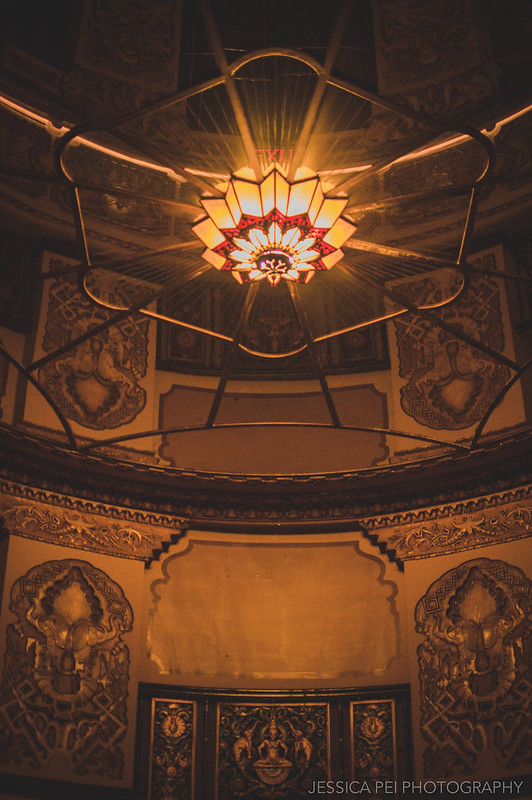 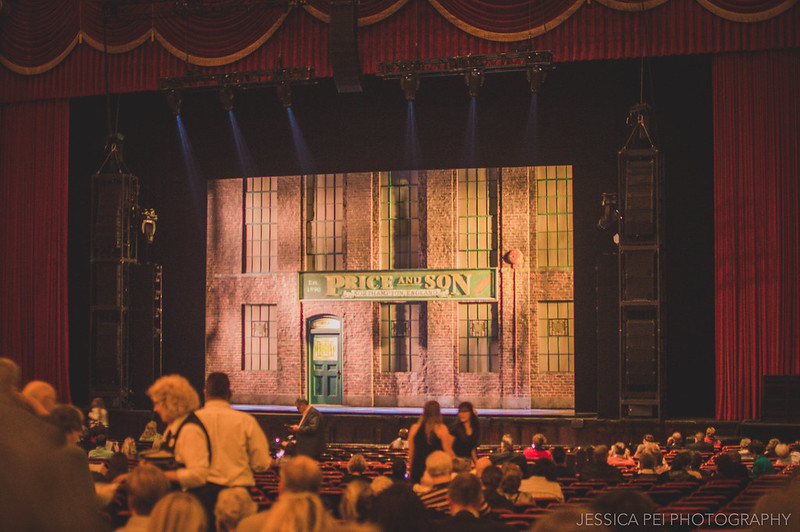 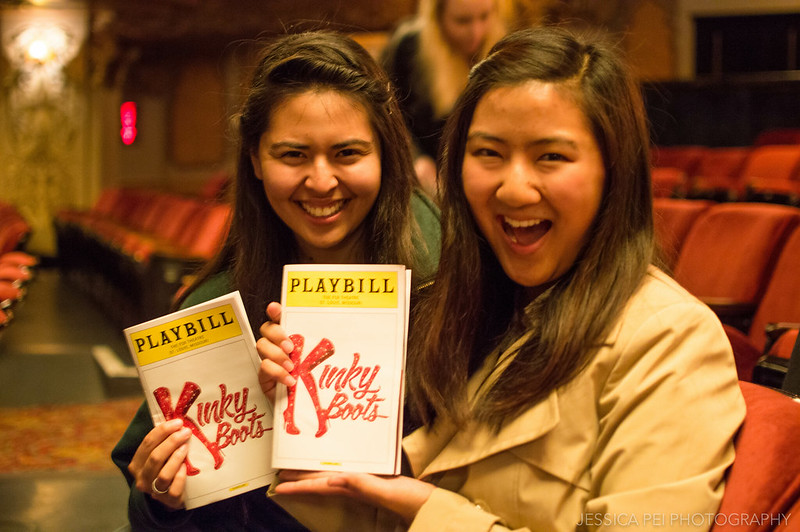 #tbt to sophomore year when we saw Book of Mormon together around this time! 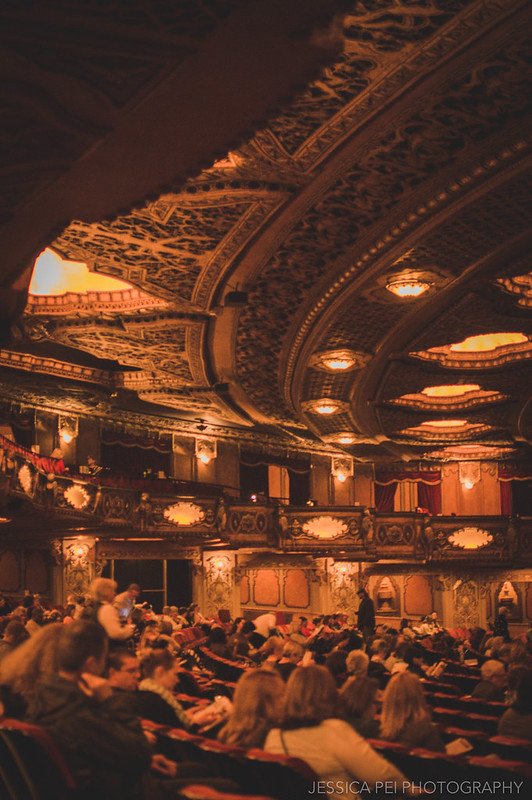 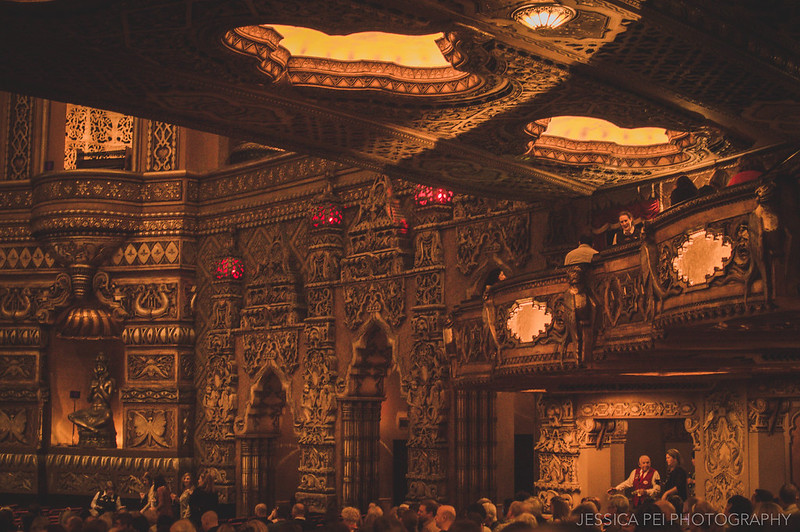 The crowning glory, though, was a 5280 pound chandelier hanging from the dome – 12 feet in diameter and glittering with 2264 pieces of jeweled glass. Because of where we sat this time, we couldn’t see it. BUT I took photos 2 years ago (always be ready!), and we had the perfect view of the chandelier then: 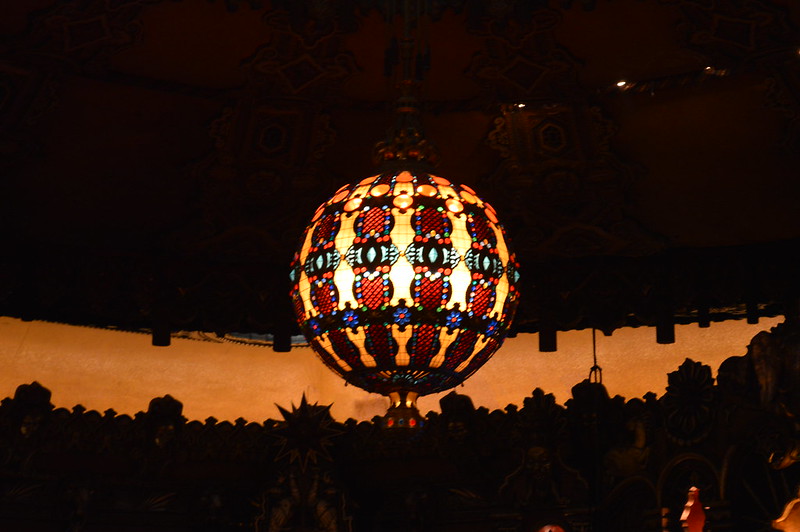 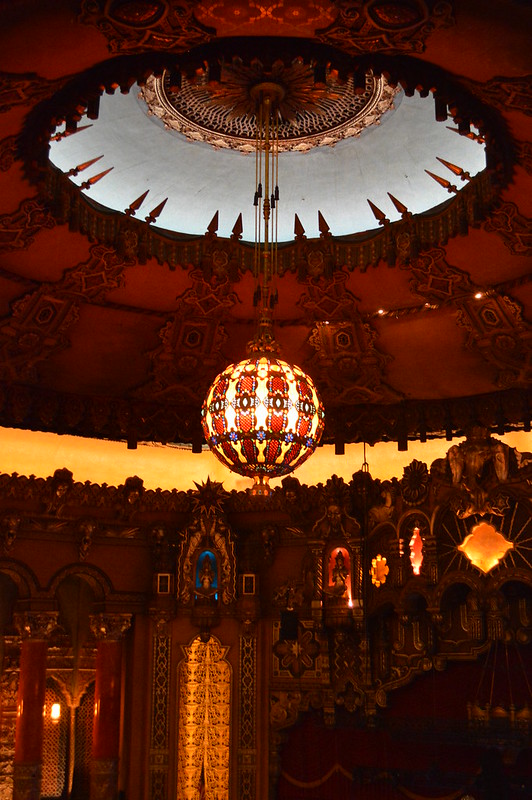 The Fox is definitely one of my favorite buildings in St. Louis. Its beauty and opulent atmosphere always make me feel excited to watch the show, and more honestly, like I’m in the opera house of Phantom of the Opera. A girl could always pretend, right? Kinky Boots was a great last show to watch at the Fox. I went in having no idea what it was about, but was so impressed by the storyline and catchy songs! You’ll just have to watch it for yourself.

What are your favorite musicals or shows?

P.S. If you like to watch shows as much as I do: When in NYC, Watch a Broadway Show

9 thoughts on “The Fabulous Fox Theatre”