One of the advantages of driving from north to south along Highway 1 was that there were numerous pit stops for visitors to pull over and take a break (not so much if you’re coming from the other direction). If it were up to me, I would have pulled over on every single one to take photos because all the views were amazing! But for the sake of my friends’ sanities, I limited my requests. There were still plenty of photo ops, which I realized when putting together this compilation. Be prepared for many photos from various pit stops along our Highway 1 road trip!

Coming out of Garrapata State Park: 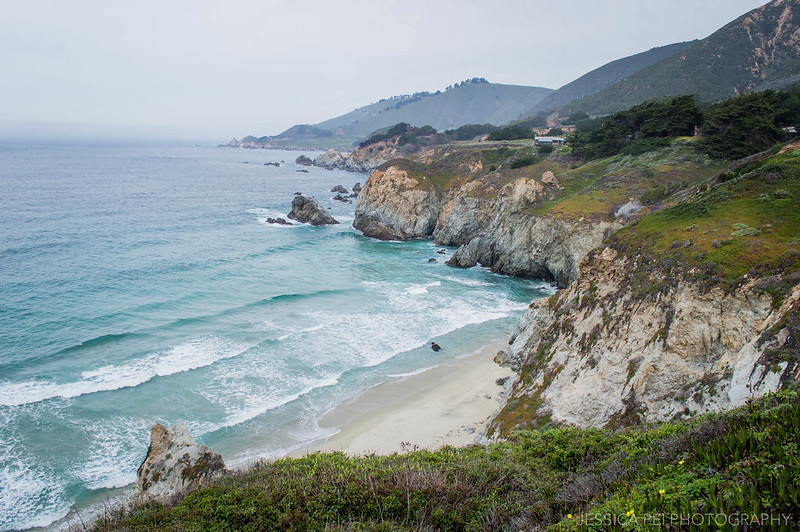 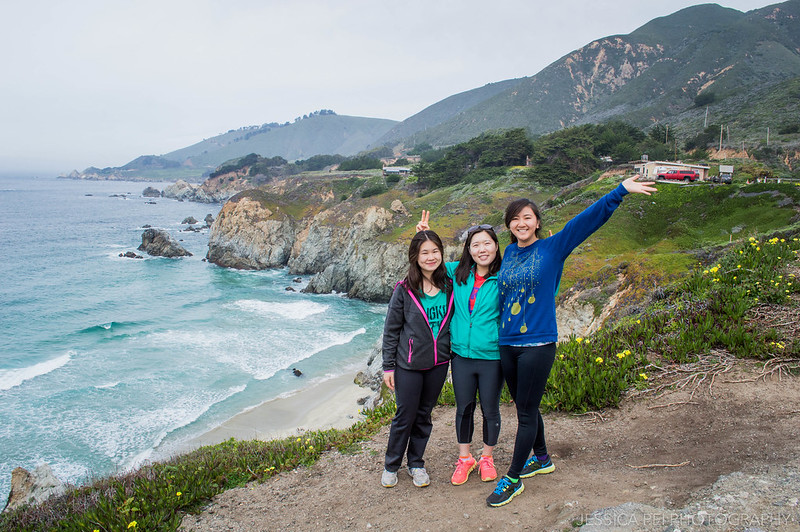 I wanted to get a shot of Bixby Bridge, but we somehow drove past the pit stop where everyone gets a photo of the bridge. So I’d like to think we were unique and pulled over on the next one instead. It’s still there, just smaller and farther in the distance! 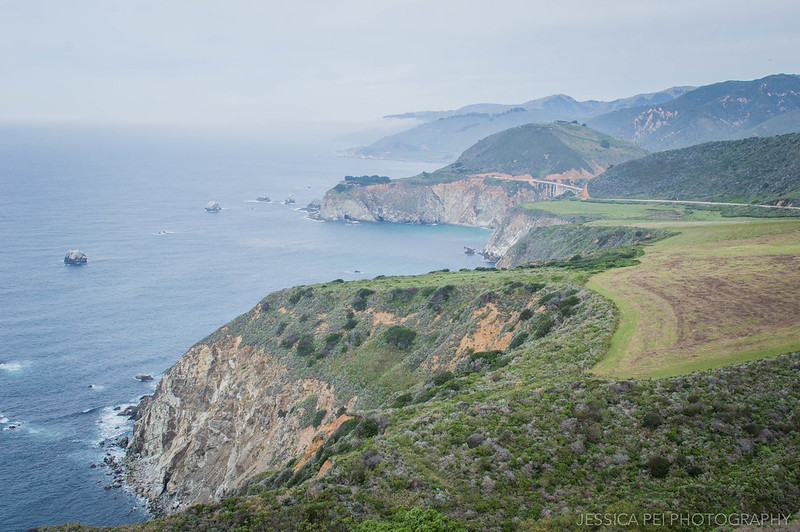 It was really difficult to get decent photos while sitting in a moving car, but here’s one that shows what the highway looked like. In the end, I learned to just sit back and soak in the view without feeling the need to capture it. 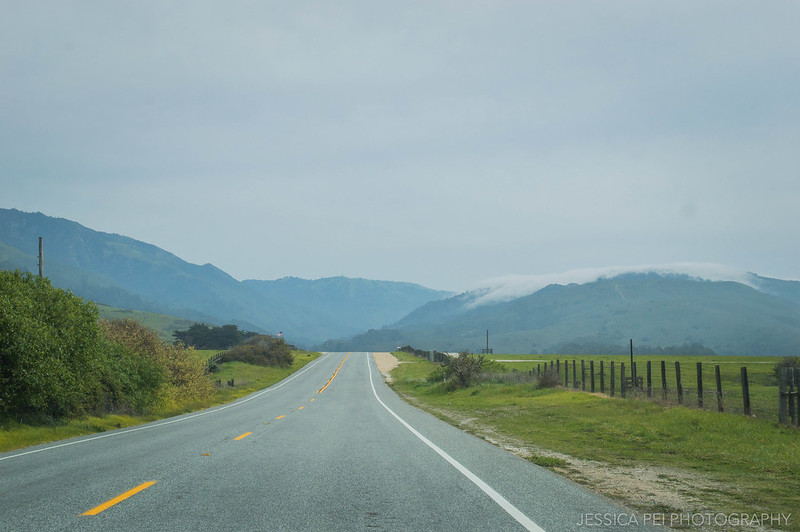 On the way to Andrew Molera State Park

After coming out of Big Sur (which was a nerve-wracking, curvy drive down the mountains), we saw cows grazing out on the hills. Now I know where “free-range, grass-fed, organic” beef comes from! They must have been the happiest cows in the country. While writing this post, I had to remind myself that it’s ok to not have a photo to show for it. I touched on this earlier, but one of the biggest challenges for me when traveling is to put down the camera and to just “live in the moment.” As long as it’s stored in my memory, not having photo proof is ok! 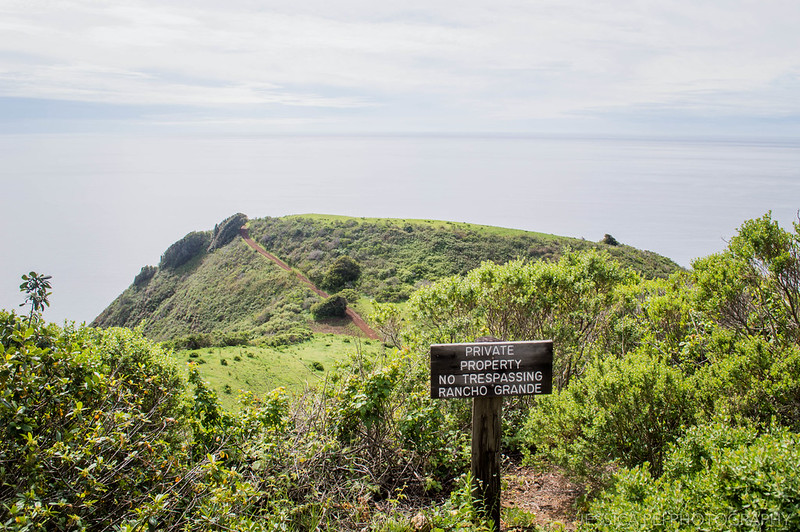 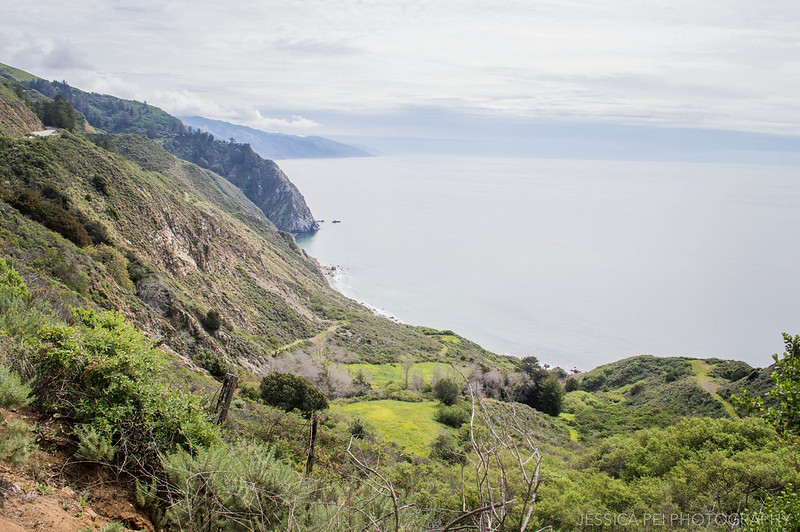 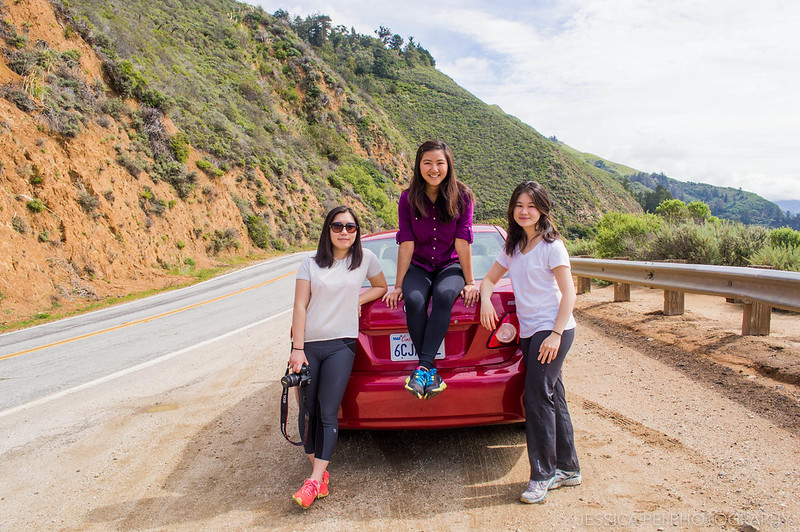 The ultimate road trip photo! Thanks for indulging me, ladies 🙂 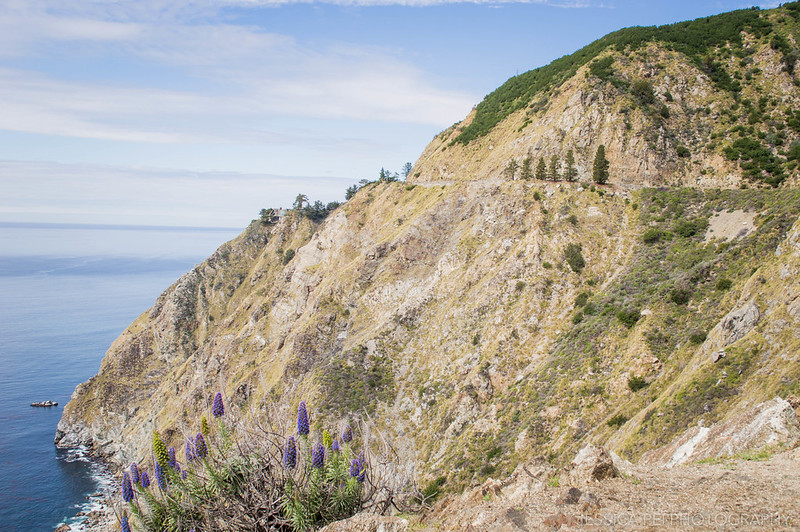 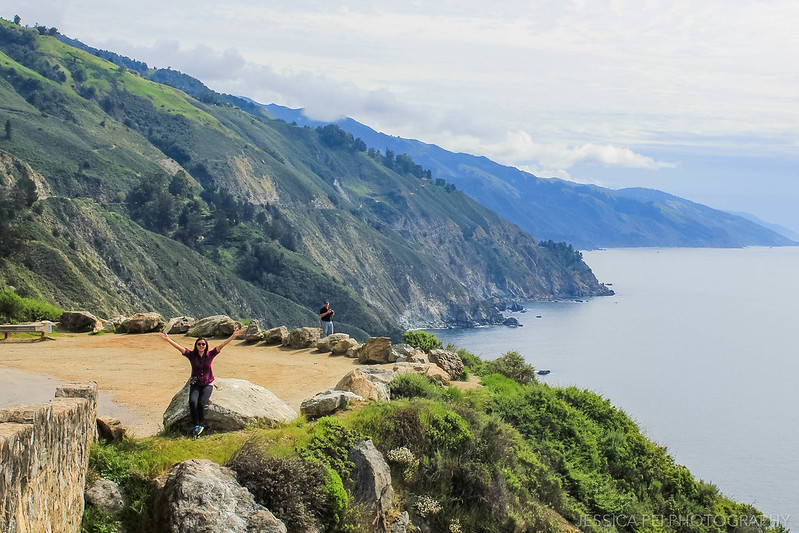 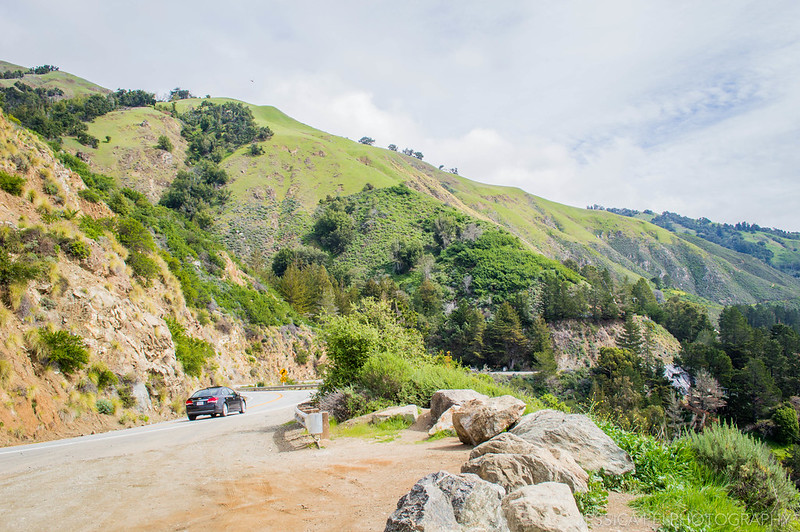 This next stop was pretty cool. After walking through a patch of desert plants, we came across an open field of grass that bordered the sea. Goodness, this is the kind of field I dream of running through! 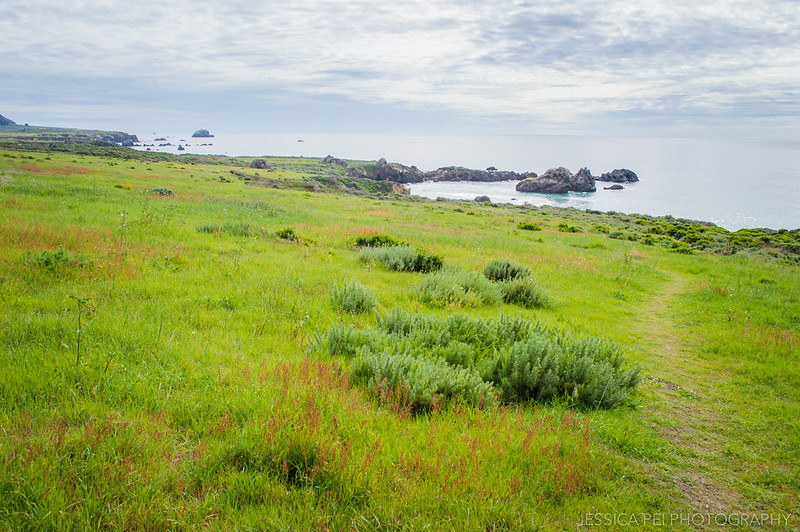 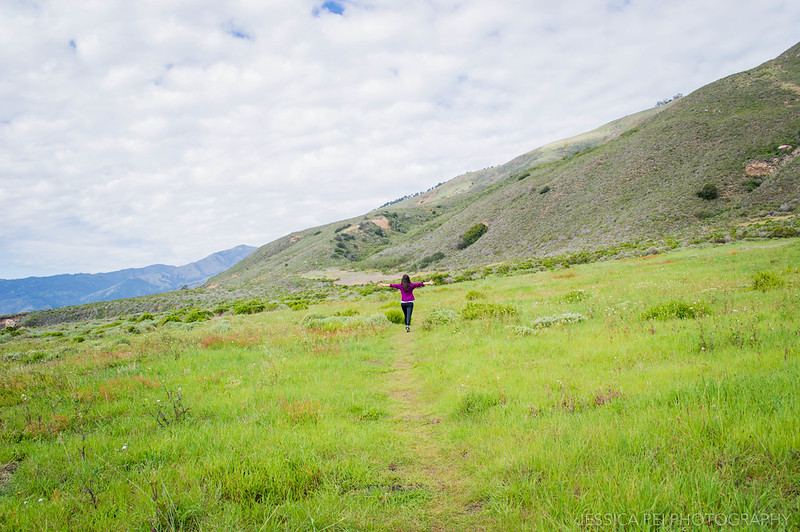 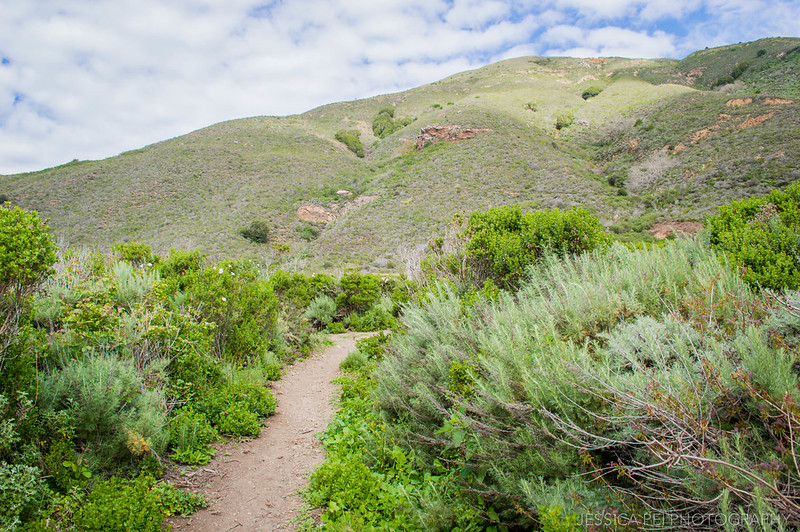 That day we drove a ton, so I saw a huge variety of geographical changes (which you could probably tell from the photos so far). After coming out of Big Sur/mountains, we finally reached flatter lands in the afternoon. 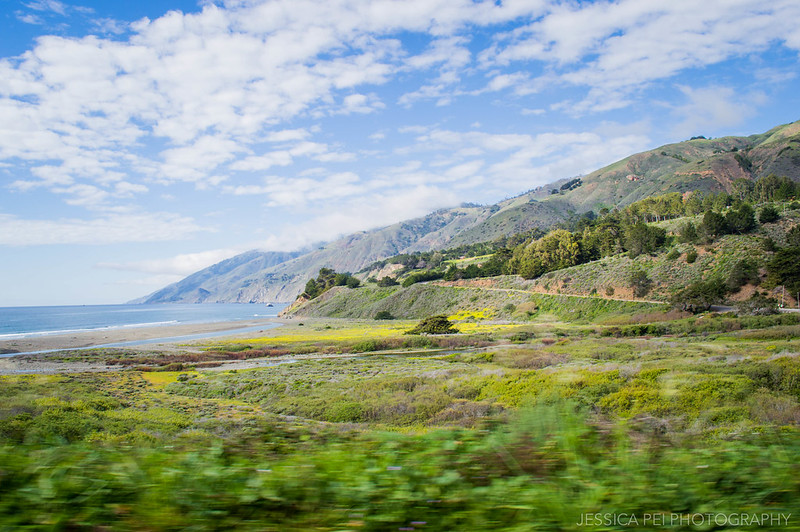 Say goodbye to the mountains!

One of the most memorable stops was at an elephant seal vista point. I didn’t expect to see seals at all. Boy was I wrong! 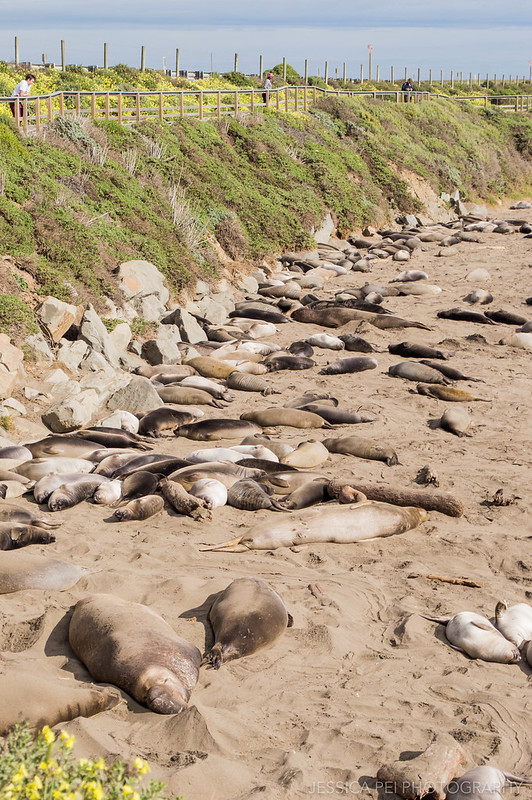 These guys looked dead if not for the occasional roll, grunt, and spray of sand on their bodies: 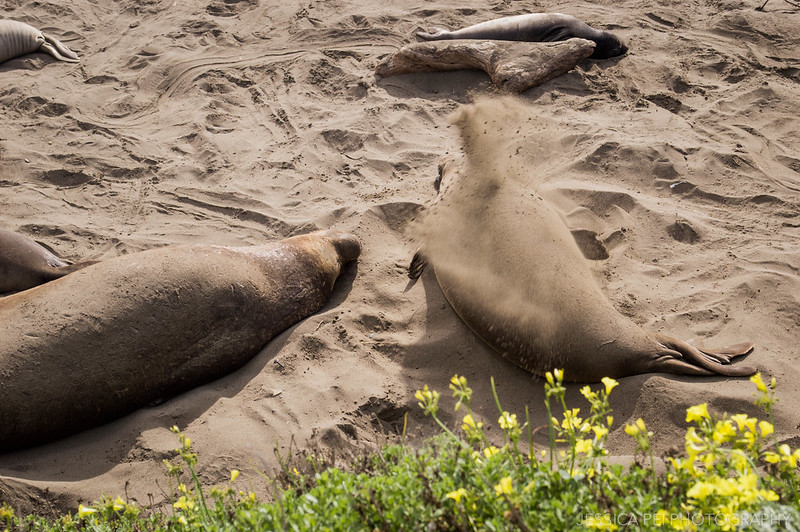 We happened to come at a time when most pups were weaned so the last of the adults were leaving. Thus, I’m guessing that most of the seals on the beach were pups. I still can’t believe that our timing worked out so well! 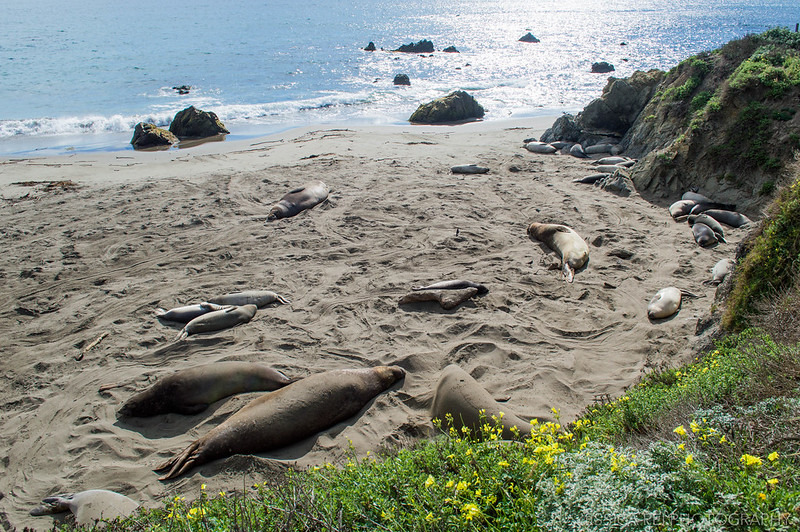 We stopped in various towns and cities for the rest of the trip, so pit stops became less frequent. While the rest of the drive was still pretty, this leg of the trip had the most diverse scenery and opportunities to stop and admire them. Being a landscape junkie, I loved this part of the journey and can’t get enough. I hope I’ll get to do it again in the future!

Have you ever driven on Highway 1? What/where were your favorite stops along the way?

P.S. Read about our next stop in Morro Bay here.

12 thoughts on “Our Roadside Pit Stops Along Highway 1”