Because of the way our schedule worked out, I got to watch the sun set and rise over the ocean in the small town of Morro Bay! After we arrived in town, we ate a fancy dinner then watched the sun set (this sounds so romantic haha): 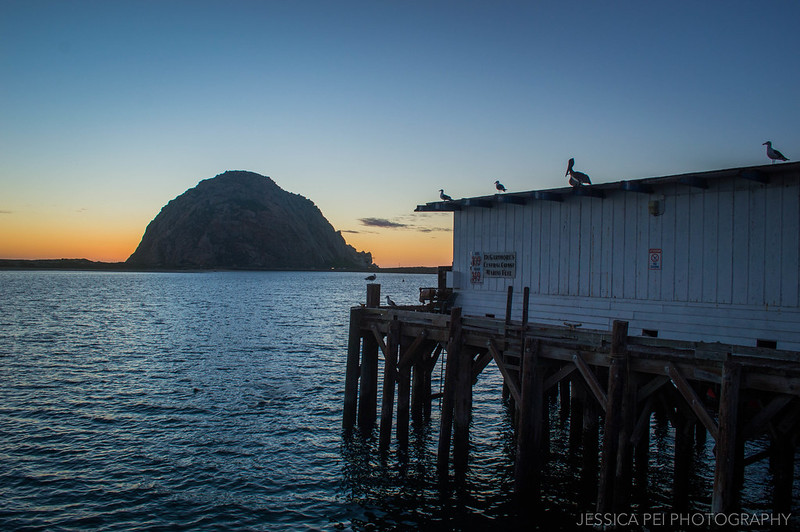 I really had no idea what was up with that big rock out there. However, it’s famous enough to have its own name: Morro Rock (so original, lol). 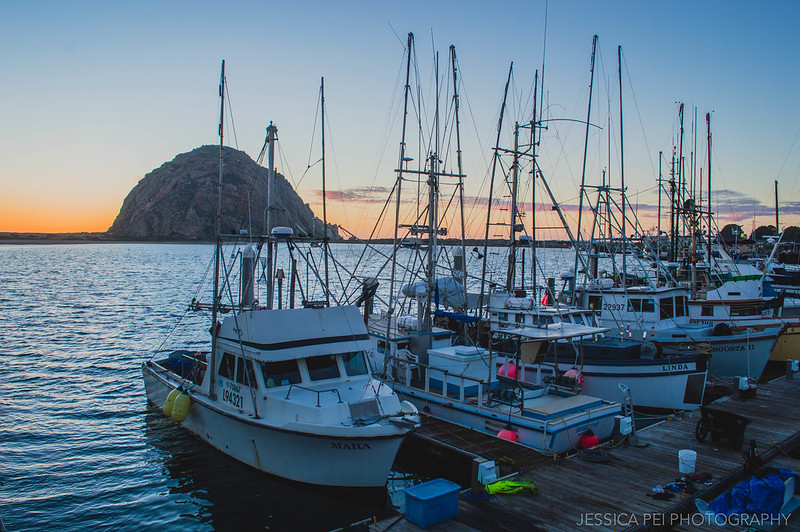 As I was taking pictures by the dock, I heard a really strange exhale/snort. When I looked down into the water, I discovered two sea lions swimming before me and Jiwon! One of them disappeared after we saw them, but the other seemed as curious as us and stuck around. 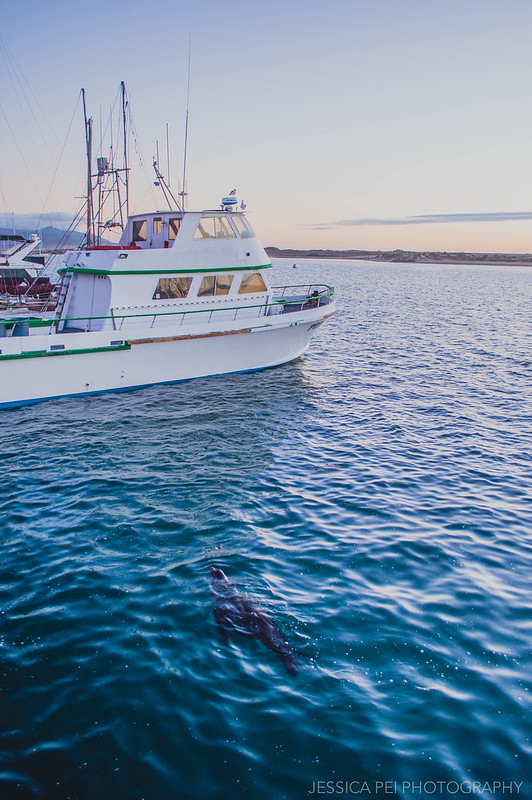 I’m so used to seeing animals in zoos that I forget they came from the wild. Duh? I was surprised that these sea lions were brave enough to come so near us.

It’s also a little embarassing to admit that I got lost trying to find our car in the dark when there was only so much beachfront I could walk along…the town’s only 5 square miles! But it was all good, because on my trek back, I caught a glimpse of this: 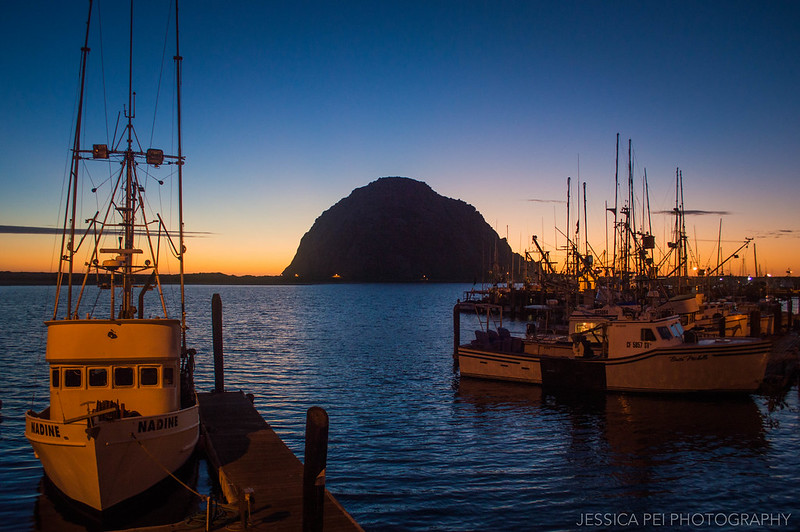 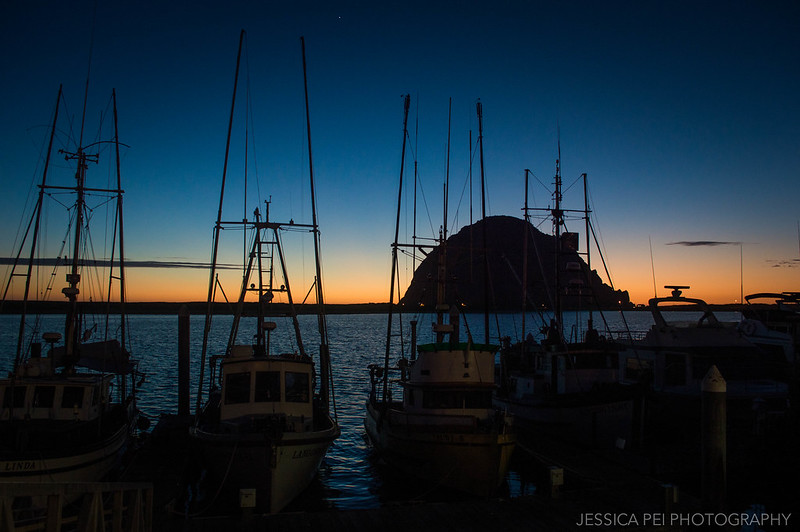 The sunset at this later time was even more beautiful than earlier in the night.

The next morning, Jiwon and I drove to a beach close to our hotel to watch the sunrise. Let me tell you people, waking up early to watch the sun rise is so, so worth it. I always get pictures that I’m most proud of during these times (like ones in this post)! 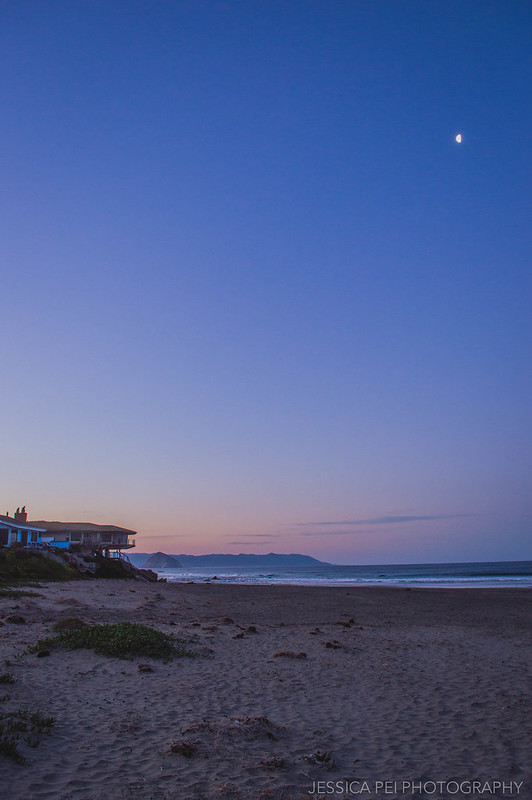 So early that the moon was still there! 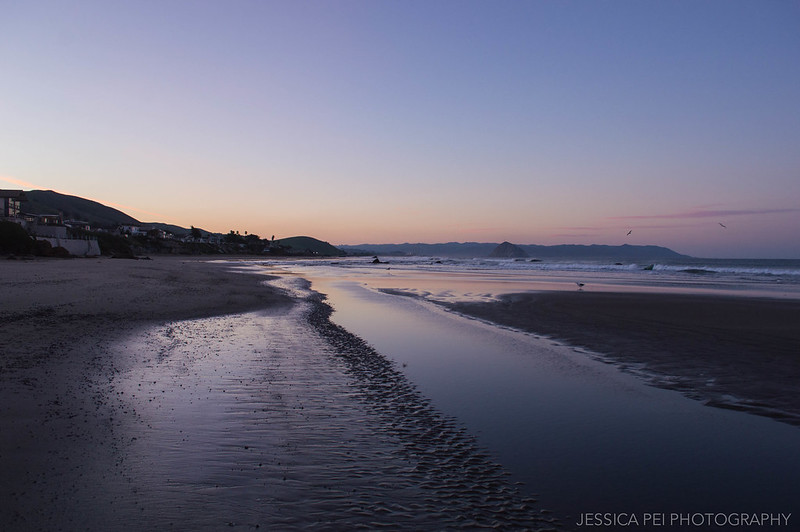 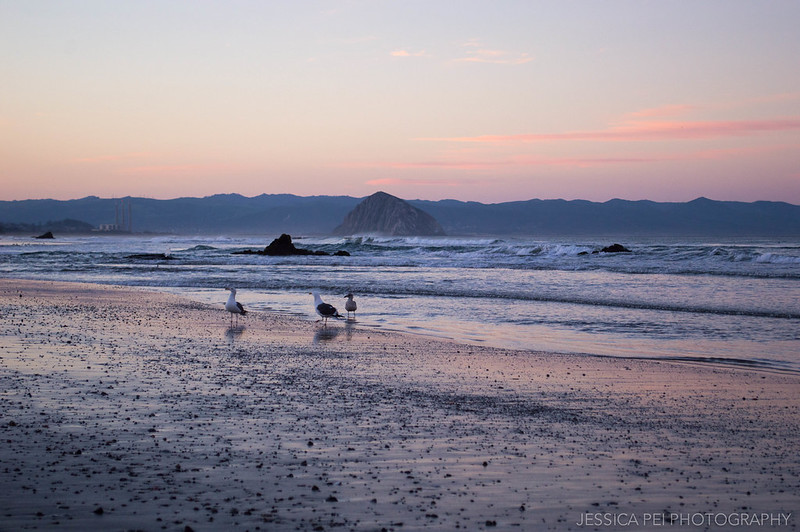 A closer view of Morro Rock

It was amusing to see a bunch of sea birds pecking around the sand during this early low tide. Then all of a sudden, a stronger wave crashed in and they took off at once: 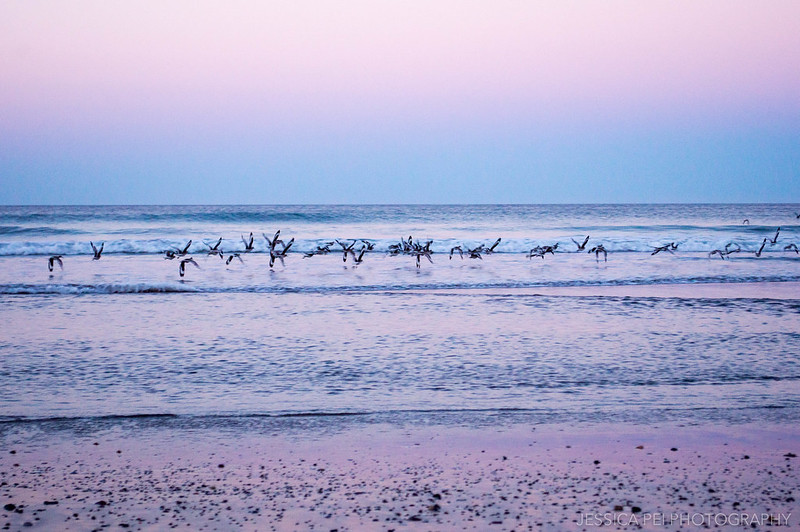 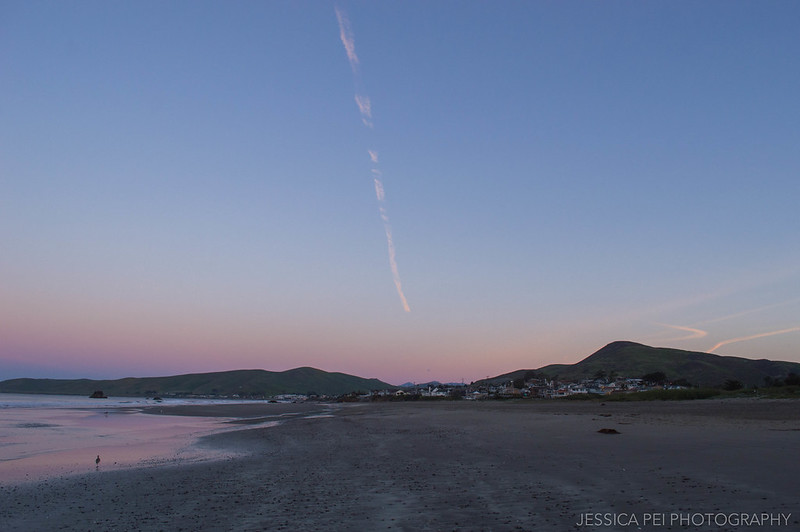 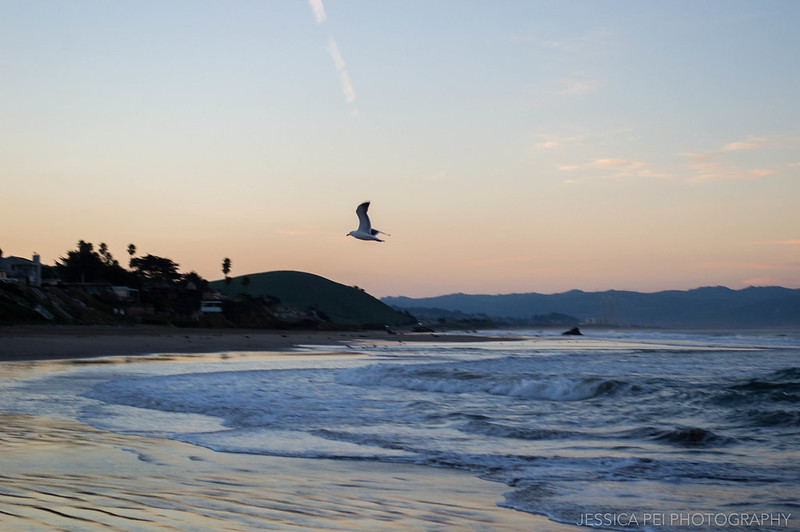 Have you ever been to Morro Bay? Where have you seen the best sunsets/rises?

23 thoughts on “Sunrise and Sunset in Morro Bay”