After a morning hike in Pfeiffer Big Sur State Park, we continued to drive south to our next destination, Julia Pfeiffer Burns State Park. I discovered online that this park had a famous waterfall, McWay Walls. It showed up in nearly every related Google image search! As a result, Jiwon and I were inspired to go see it in person: 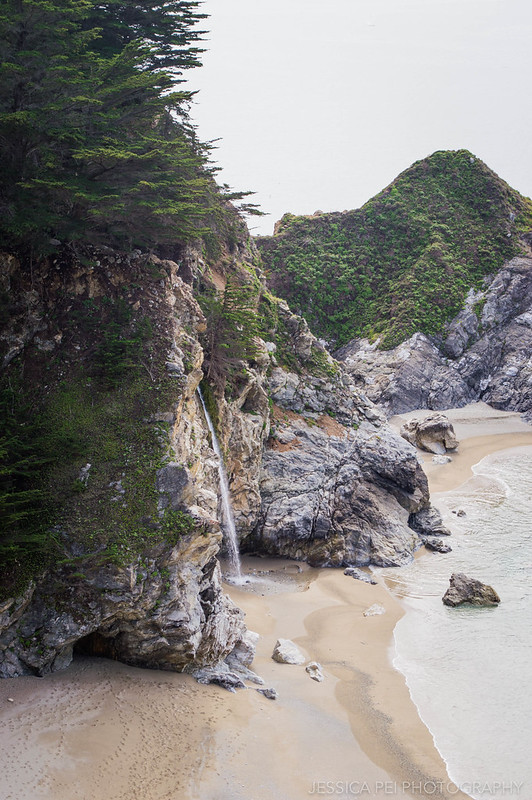 One of the most unusual waterfalls I’ve ever seen.

While I was there, I couldn’t find any explanation for the source of the waterfall. A bit of Googling revealed: 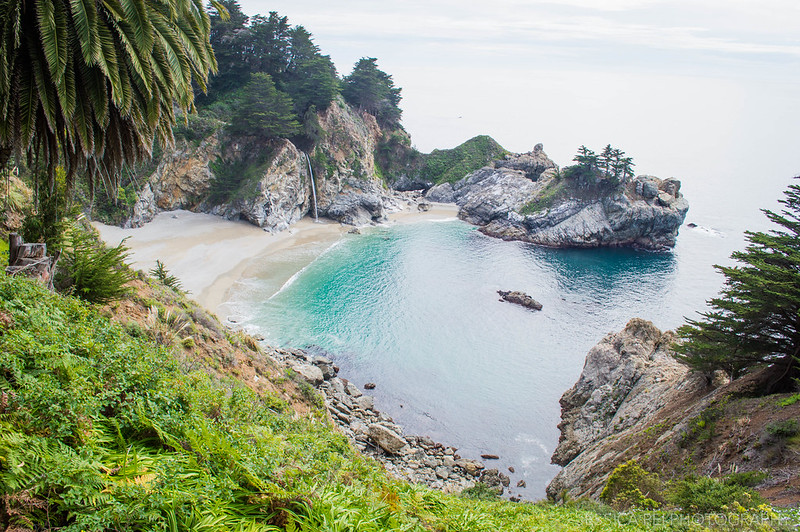 I thought that the beach was blocked off so that people couldn’t go down and mess with it. Think of what a perfect natural shower it’d make, haha! But now that it had become an inaccessible beach…what made those footprints in the sand (seen in the first photo)? O_O 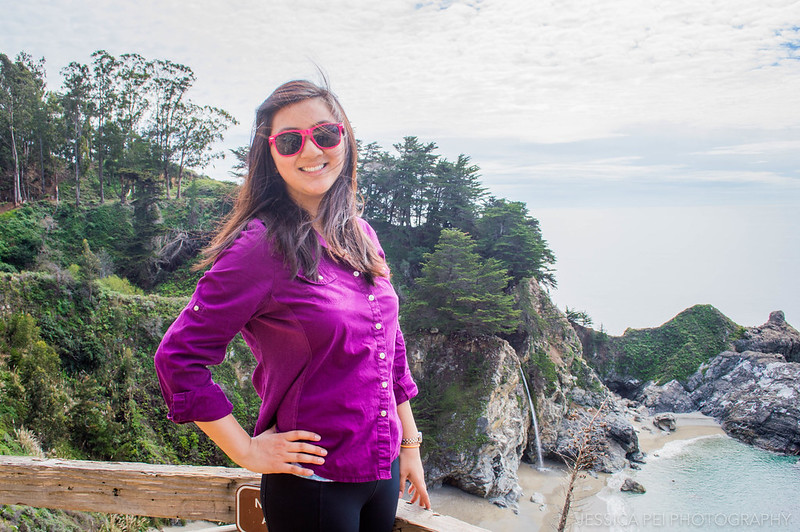 As opposed to our 2-hour hike in Big Sur, it took only a 15 minute walk to see the falls. We quickly reached the end of this short trail. 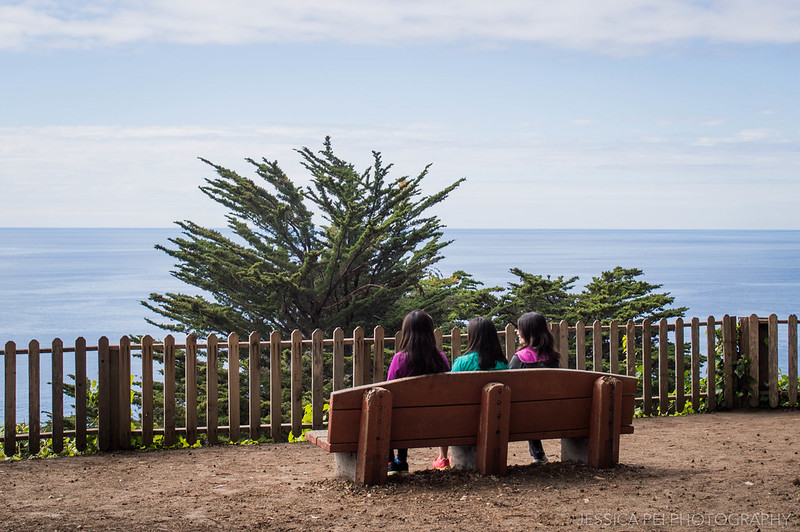 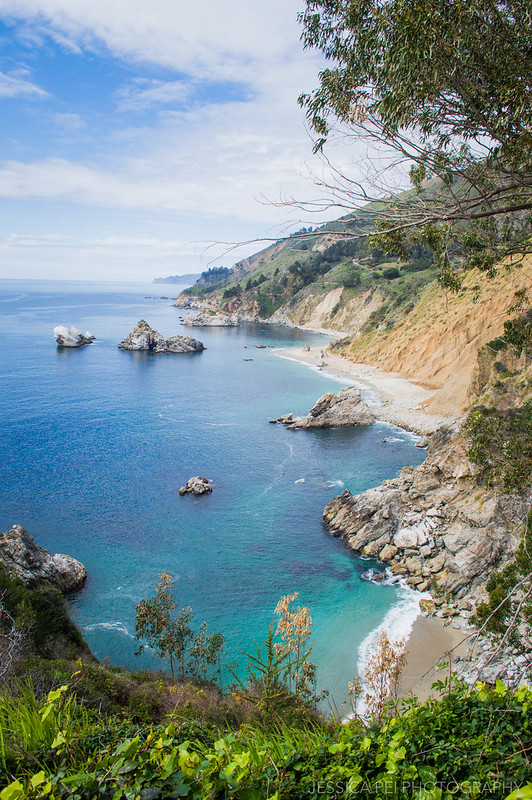 As I’m typing this, I still can’t believe this was our view!

Since we came here mainly to see McWay Falls, we didn’t explore the rest of the park. However, I’m curious to hear: what else did you do in Julia Pfeiffer Burns State Park? Would you recommend? 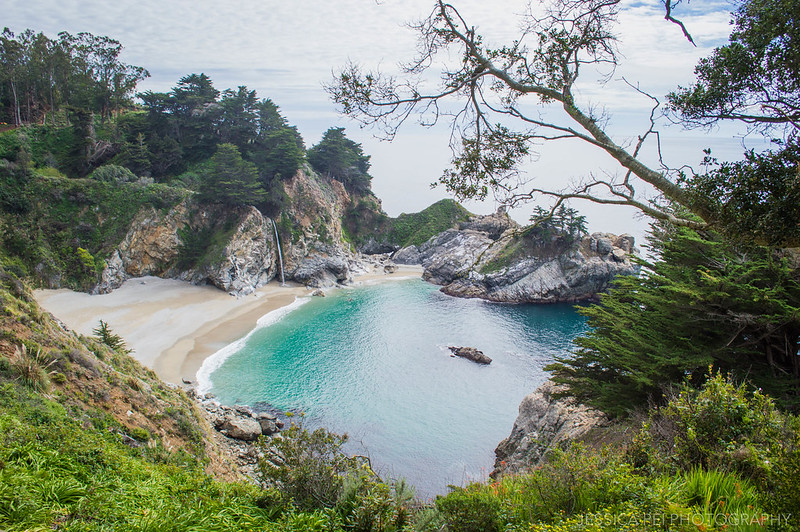