Our very first evening in San Francisco was quite eventful – while wandering the streets after dinner, Jiwon and I just so happened to encounter the Chinese New Year parade. We found it weird because the New Year was like 3 weeks ago, and they’re celebrating it now, but I’m not complaining – I got to see “one of San Francisco’s signature events!” (SFGate) 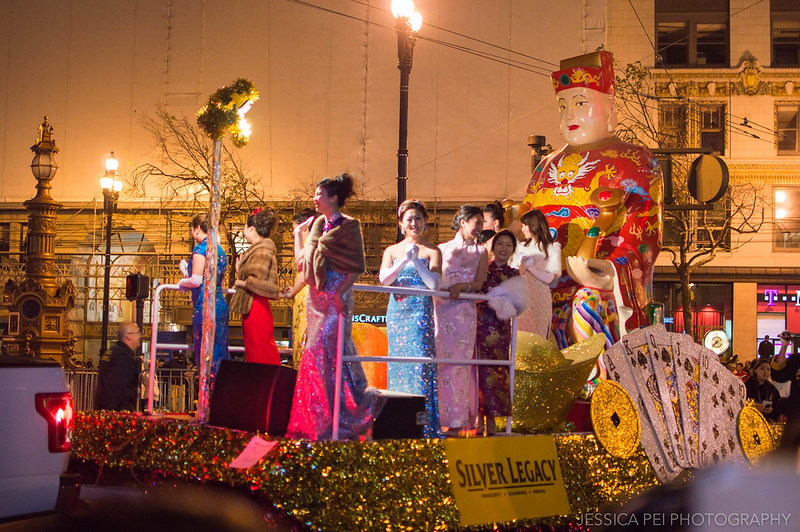 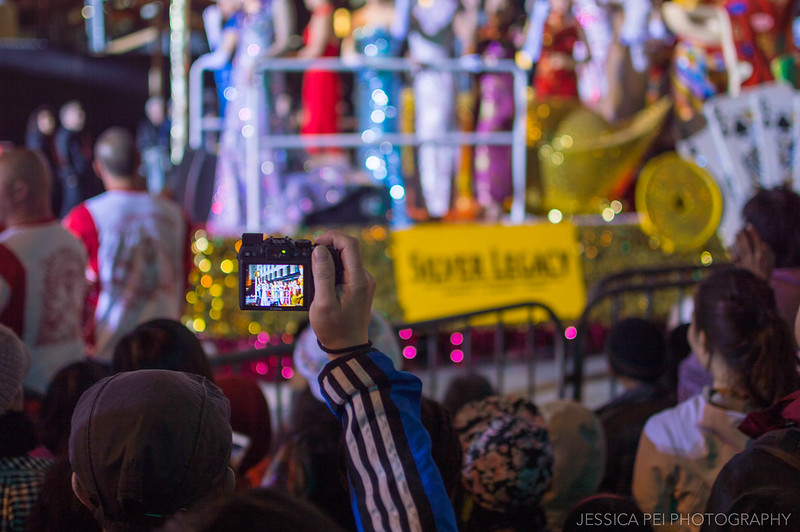 We originally planned to walk straight to Chinatown, but since the parade cut across the city, Jiwon and I had to find a detour. While trying to do this, we saw the same 3 floats twice…so the photo above actually shows round 2 of the same float from the first picture! 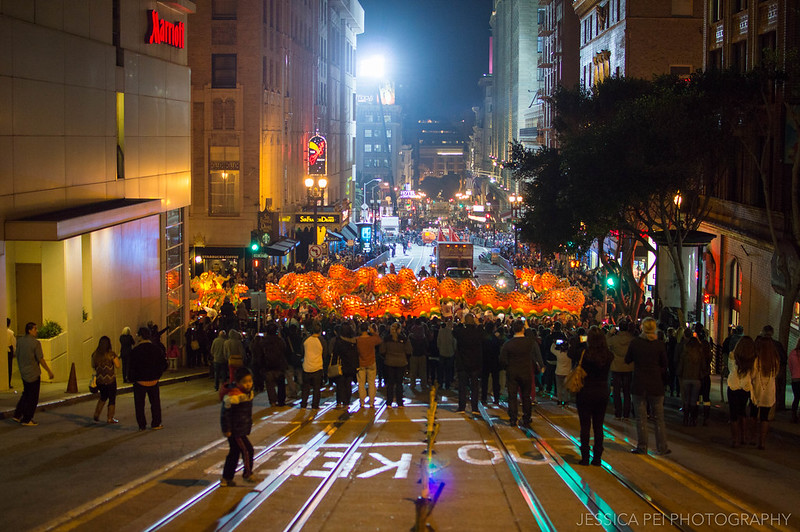 This dragon display was pretty awesome. Imagine it moving like a wave! 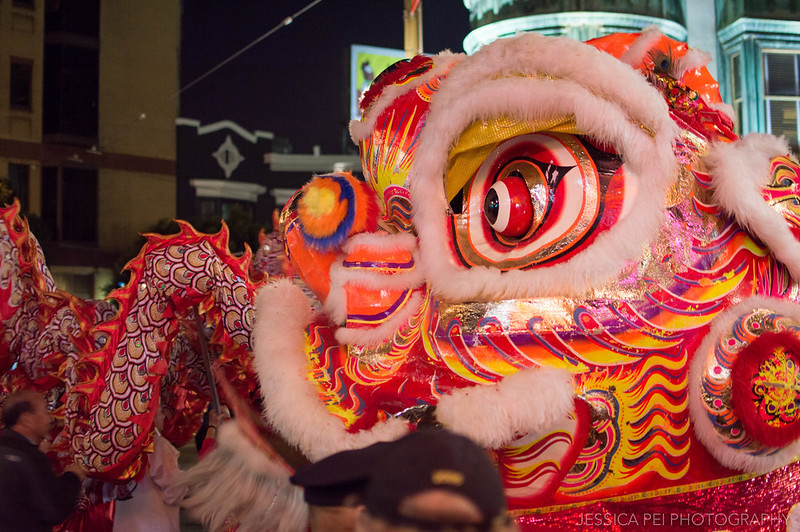 Finally, we made it to Chinatown. What I did not expect, however, was for people to set off fireworks all over the place. As a result, the streets were LOUD! The sudden pops of sound took some getting used to. I can only imagine what it was like in China during the actual new year celebration? 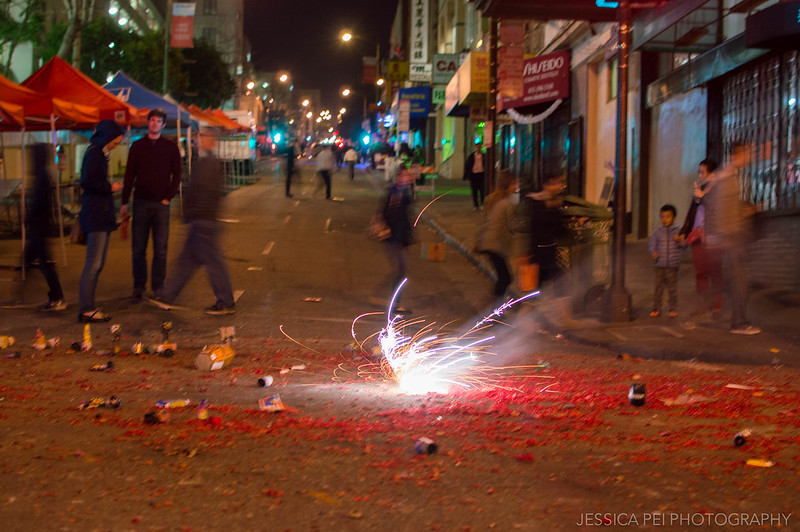 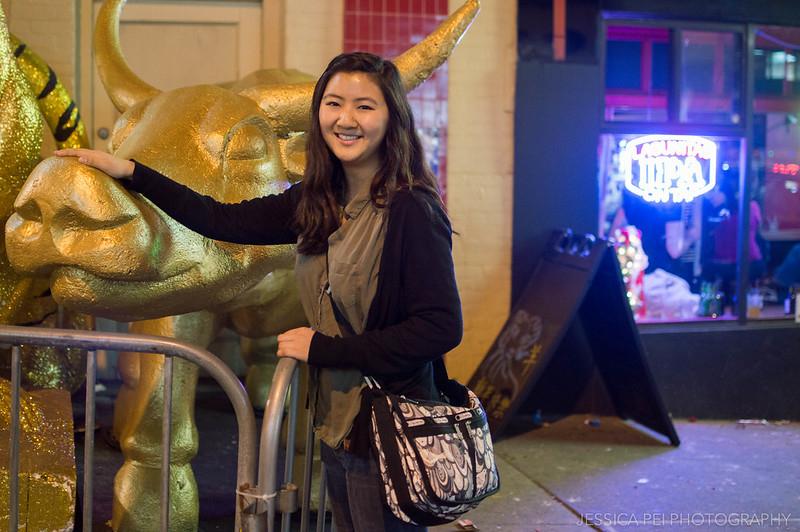 Thanks for the photo, Jiwon! 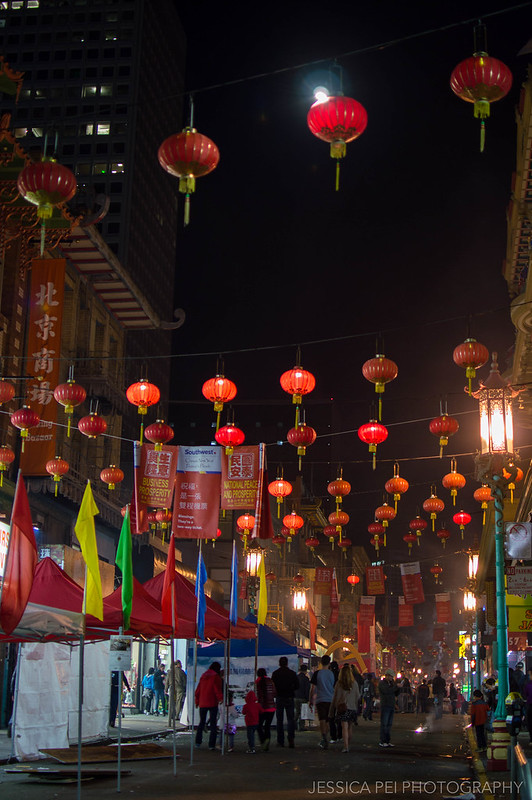 I’ve never celebrated the New Year in China (booo, school), but I feel like I got a small taste of what it would have been like. Tons of people out on the streets, fireworks setting off every few minutes, and lots of noise & chaos. While it may have been exciting for a little while, I was glad to return to peace and quiet outside of the neighborhood (sort of…they were also cleaning the streets that night. Sigh.). San Francisco sure welcomed us with a bang! 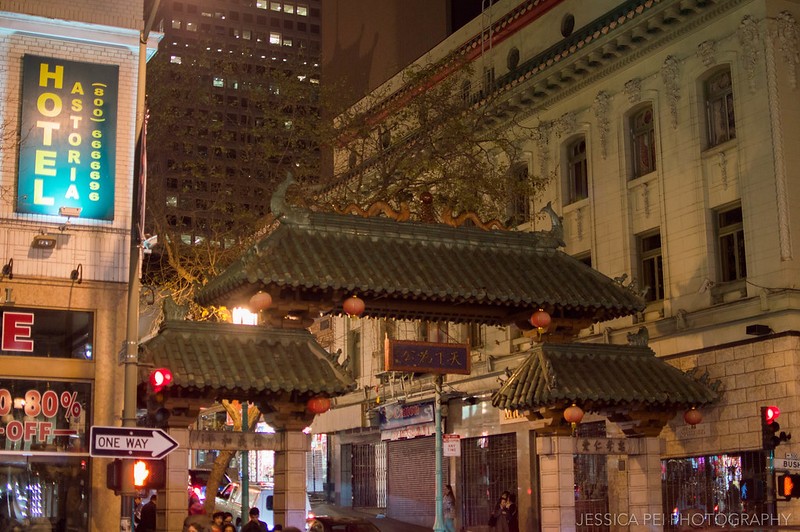 Have you ever celebrated the Lunar/Chinese New Year? How did you celebrate?