This past weekend I introduced two friends to this nearby attraction called Laumeier Sculpture Park. To my relief, it was larger than Socrates Sculpture Park (the one I found in New York), so we had sufficient sculptures to explore.

The first thing I saw when I entered the park was this: 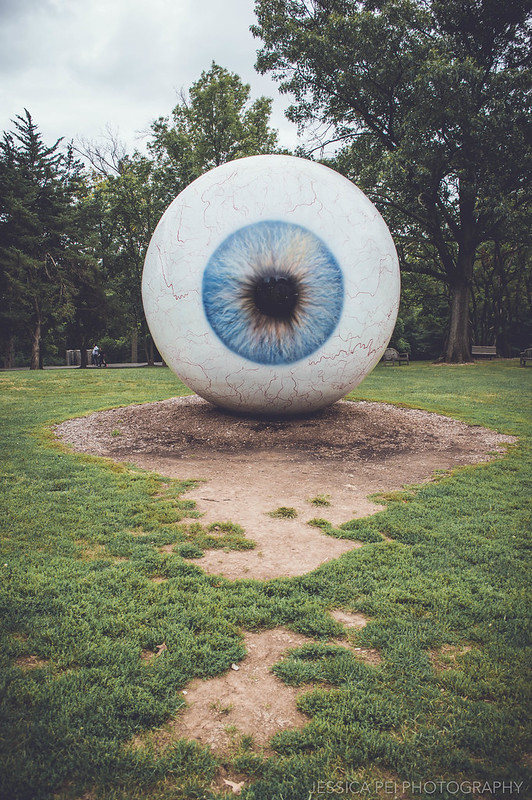 So of course I had to get a picture with it.

Later, when I walked past an old gentleman, he turned to me and asked: “I don’t know if you noticed, but the entire time you were taking pictures this character was making faces behind you.” Oh, I totally knew. And you can see “this character” nonchalantly walking away in the picture above…

We couldn’t tell what this next sculpture was. The best guess was a man arriving on Ellis Island, judging by the suitcase and assigned number.

I didn’t know that this park was a common place to take wedding pictures, because there were not one, but two, wedding photoshoots that day. Somehow, I miraculously cut out every one in a wedding group so that just the sculpture remained: 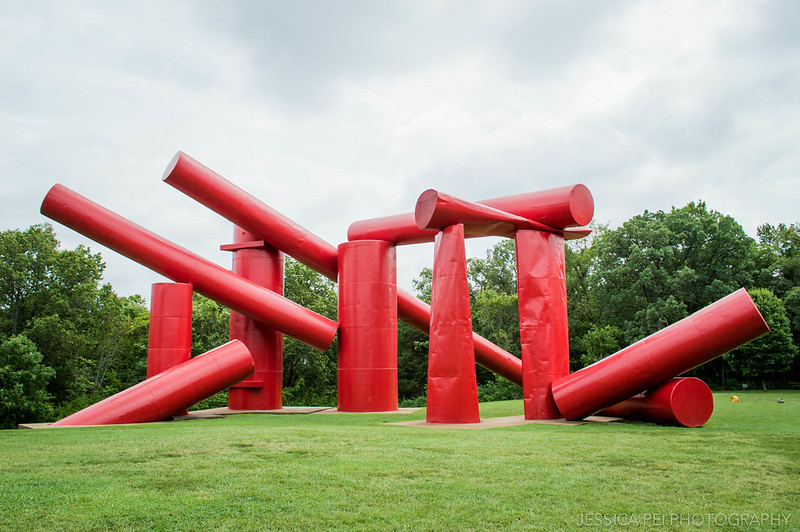 Of course this one spoke to me, as my favorite color was so pronounced.

St. Louis also celebrated it’s 250 anniversary this year by decorating the city with 250 cakes placed in different landmarks. I was surprised to find one here: 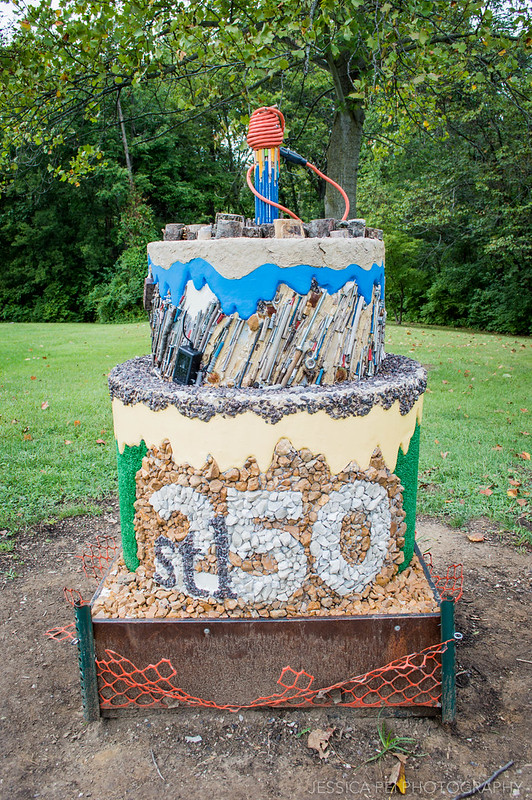 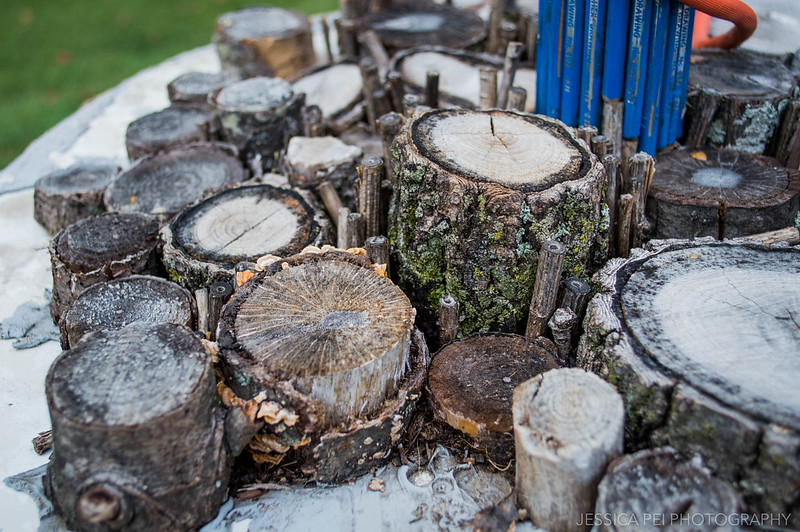 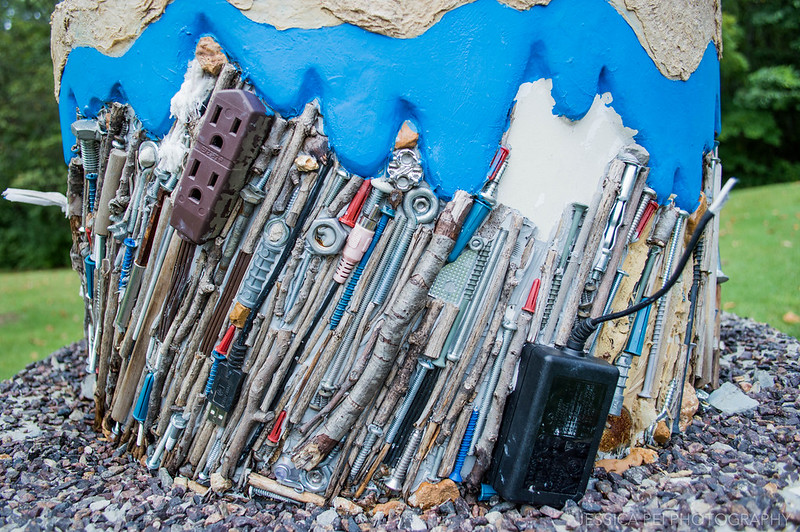 I’m liking the construction/DIY theme of this cake. 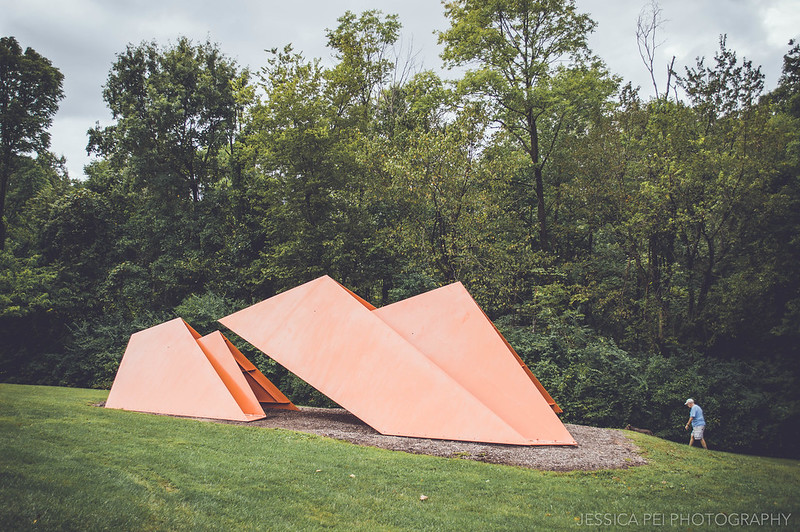 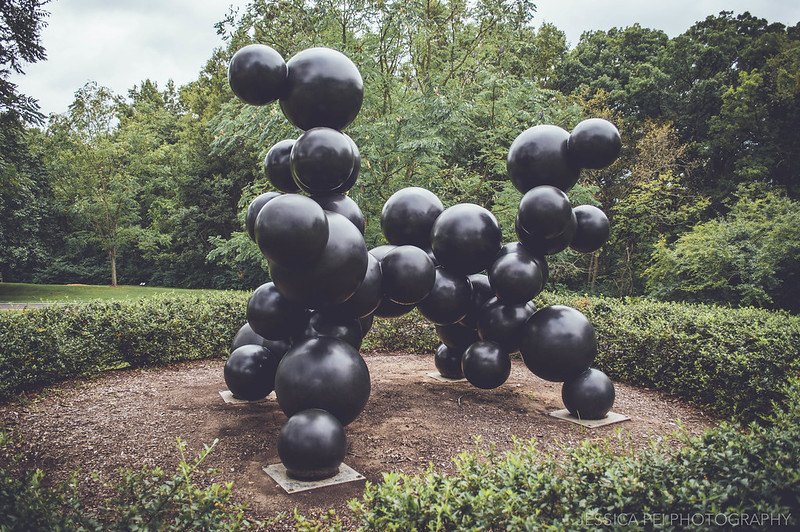 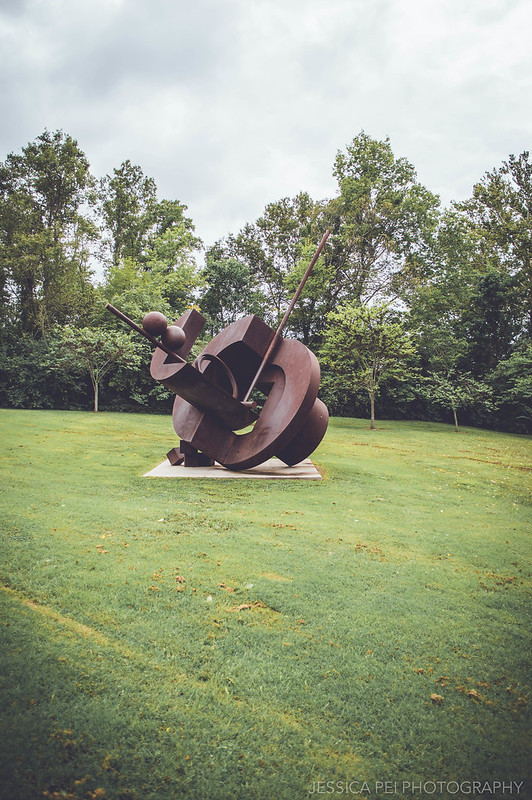 This one reminded me of an arrow shot through an apple.

Then I saw these gigantic metal balls lined up behind the trees: 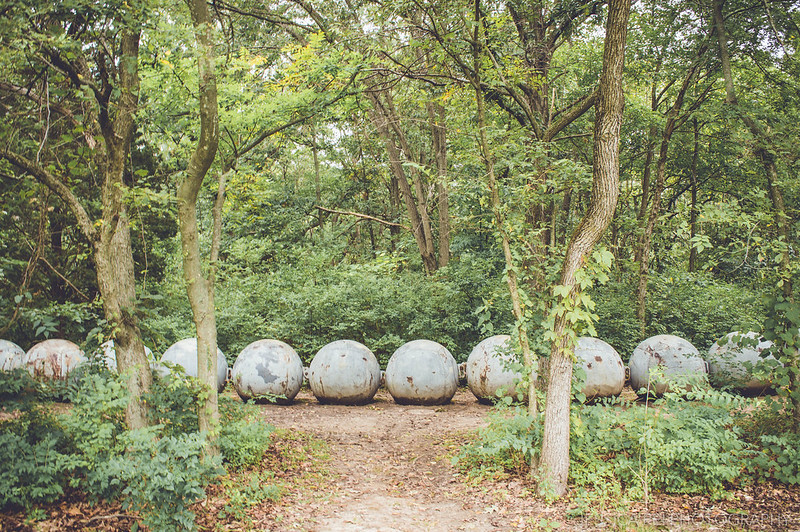 They looked like some kind of ship’s anchor to me and Tiffany, whereas my friend Chad thought it looked like a giant caterpillar. That’s what imagination is for, I guess.

This is also really off-topic, but while walking back we saw these spiders mating (Or are they? Does anybody know?). It was actually really cool to me – I mean, how often do you get to see this happening?! 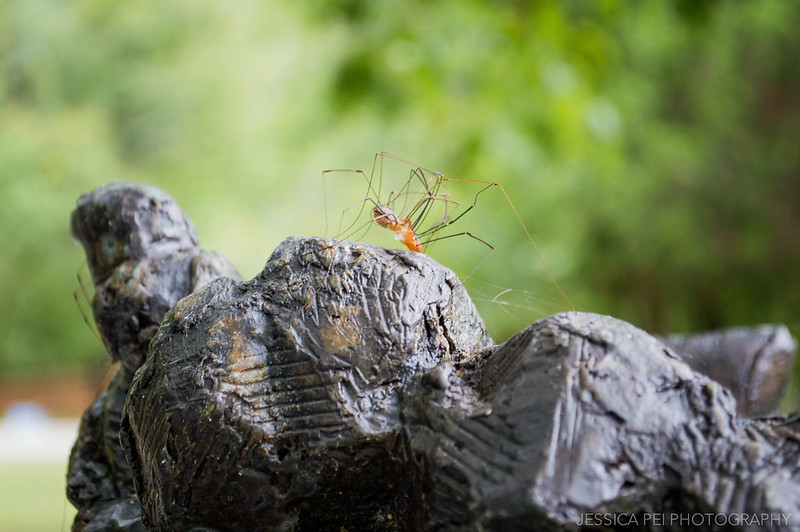 Uhh that white stuff sure looks like eggs to me…

Finally, before leaving I had to climb into this treehouse/fig-like sculpture.

It was by far my favorite sculpture, only because I love interactive art!

I had a really great time exploring this sculpture park. If only we had more time!! The place is actually much larger than I thought, especially after I looked up the map online. Looks like a return trip is coming…but probably in the spring! St. Louis is finally cooling off and pretty soon the chill will settle in. For the first time I’m finally looking forward to sweater weather!