Every week day during my lunch break, I sit on a bench in Central Park and watch horse carriages, rickshaws, and bikers whiz by. Watching them has fueled my own wish to bike around Central Park some day – to feel the wind on my face, race downhill, and ultimately, feel free. This dream of mine was finally fulfilled over the weekend when I went biking with friends from my small group!

We started off at Columbus Circle, which is the area where you can rent bikes. It’s always bustling with activity! For example: 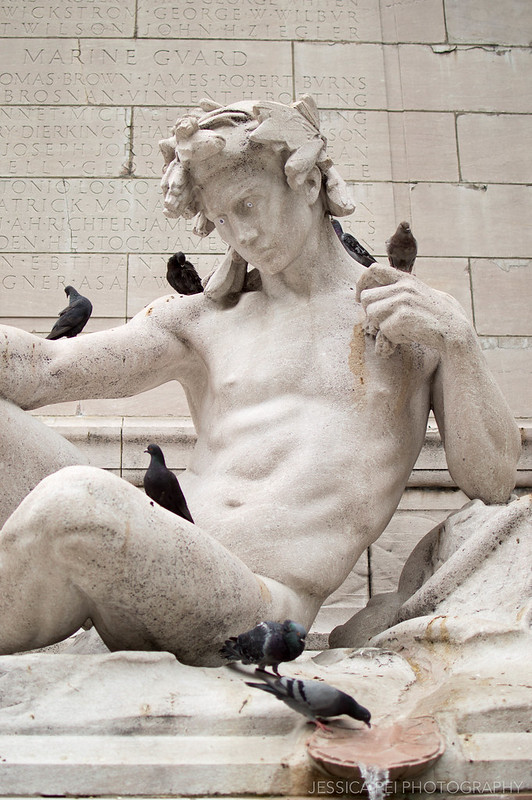 Pigeons seem to love this fountain. 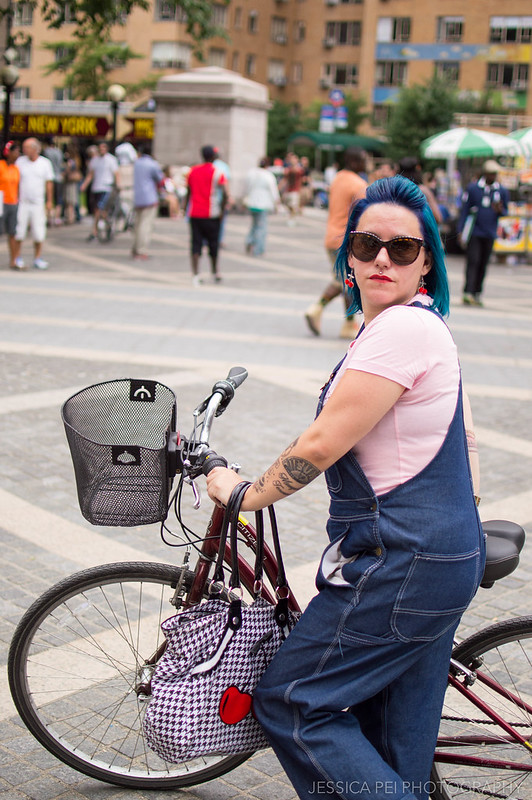 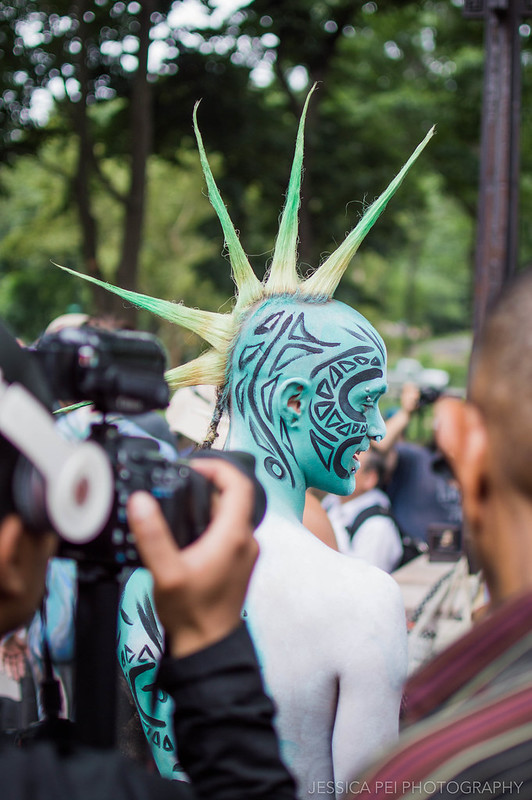 There was some body painting event going on. With that mohawk, this guy was the coolest one I saw.

Once everyone arrived, we began our journey! Starting from Columbus Circle, we headed northeast in a counterclockwise direction.

Our route is highlighted in red.

When we reached the reservoir, we stopped to admire the view and to take pictures. 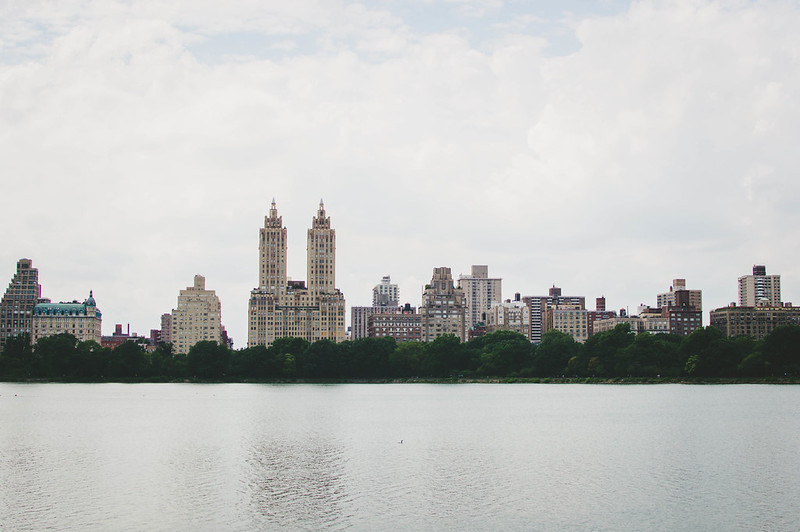 Such a lovely view! I actually like photos taken on a cloudy day because there’s less overexposure from the sun that make pictures look “washed-out.” 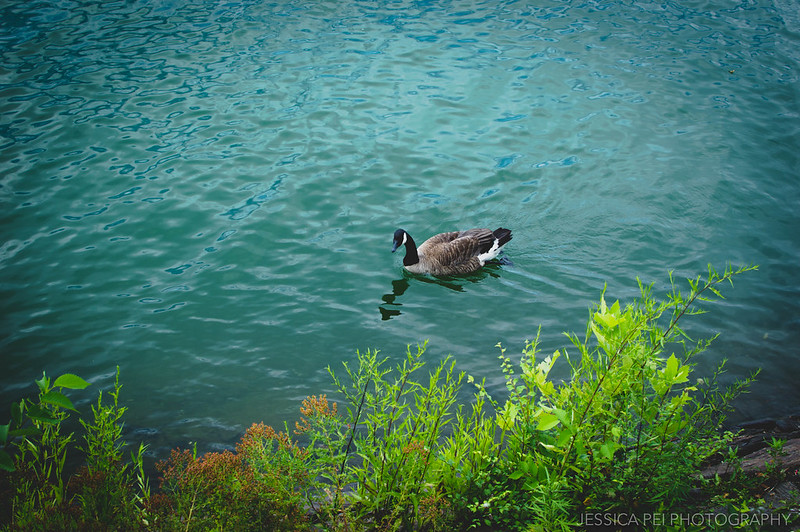 During this 10 minute break, Grace even learned how to ride a bike!! Woohoo – Sam proved to be a great teacher!

Out of the entire route, I remember that the hardest uphill ride was somewhere on the way down south, on the west side. Based on this elevation profile I found online (which I think is pretty cool :D), I’m guessing that it was at the Reservoir? But the most fun (and scariest) part was looping our way back down around a steep curve up by Harlem Meer. I was a little nervous because I wasn’t very good at making turns on my bike when I was a kid, and I was afraid that I wouldn’t be able to handle it even now. But the exhilarating speed going downhill and the rush of the wind overrode that worry!

We didn’t know that we rode 6.1 miles until we looked it up later. Holy cow! The ride itself actually didn’t feel that bad because we were going at an easy pace and stopped a few times so that our non-biking friend Grace could jog beside us. I give mad props to that girl for keeping up!

It took us a little over an hour to complete the trail, including our breaks. I greatly enjoyed the ride and would highly recommend biking around Central Park with good company on a nice summer afternoon!

5 thoughts on “Biking in Central Park”